WHY WE'RE THE TEAM FOR YOU! 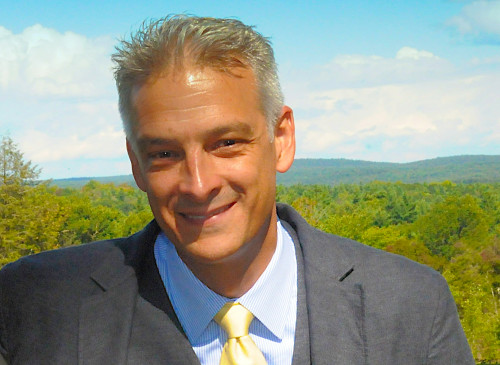 Chapin Fish, broker and owner of Brockman Real Estate has followed a path that has led him home to the Berkshires. That path was a circuitous one. Fish was born and raised in an old maritime village on eastern Long Island not all that long ago, but long enough that there were still peach farms that have since become sub-divisions and potato fields that became vineyards. While in high school, he spent a year in Sweden and traveled throughout Europe. He earned a degree in Germanic languages and International Business at Washington University in Saint Louis. Fish then embarked on simultaneous careers in the travel and airline industries, as well as that of a professional actor. He was based in Washington D.C., southern California, and New York. In the process he spent time on six of the continents.

Over a decade ago, Fish returned to his roots. He came home. Fifteen generations ago a Fish descendent lived in Salem. Fish remembers his Great Aunt Edwina then tracing the family to the Connecticut River Valley - to Shutesbury and Amherst, where the family settled sometime before the American Revolution. It was also Aunt Ed who established the Fish connection to great - great -great- grandmother Polly Chapin, whose family was a founder of Springfield.

Fish recognized that his experience in people-oriented businesses was a natural background for the real estate field. So did Bill Brockman and the late Jack Jefferson, who in the early 1970s, founded Brockman Real Estate. Over forty years later the company's reputation is that of one of the Berkshires' preeminent and most respected real estate firms.

It was clear from the start of Fish's relationship with Brockman Real Estate that he shared the company's values - its beliefs about work and about people. That was reflected early in his career in the quality of the relationships he has with his clients, and as a top producer in the county. As Bill Brockman phrased it, from when he began the company, he and Jack "were very conscientious, we didn't come from a 'sales' background; our backgrounds were people related and we have always been very mindful of people's wants. Today, Chapin Fish and all of the Brockman team are still very good listeners - we hear what people have to say and we appreciate where they are coming from."

We use cookies to enhance your browsing experience and deliver our services. By continuing to visit this site, you agree to our use of cookies. More info